Another two weeks has passed since my last Little Loves. The mocks have finally finished and the teen seems to have handled them pretty well. He has been working incredibly hard, and I hope this is reflected in his mock results. 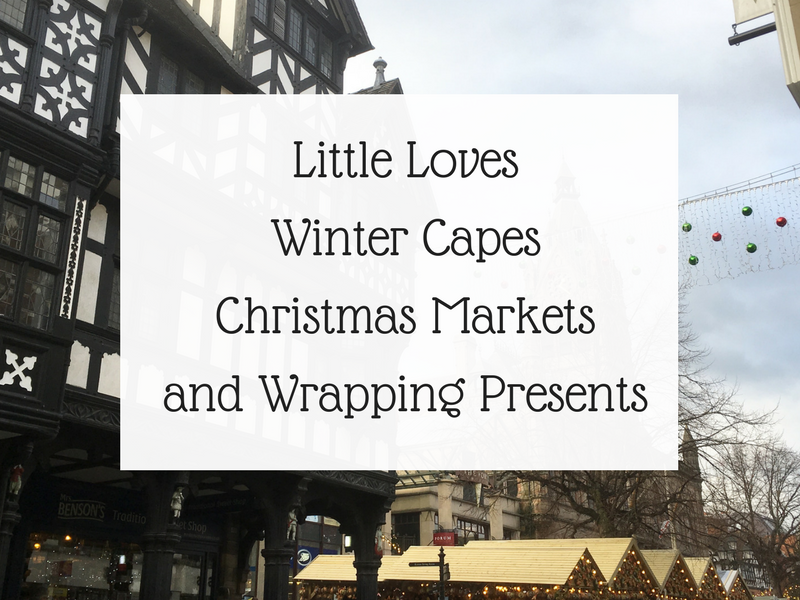 Husband and I spent a lovely day in Chester on Wednesday. For the first 2 hours it was all about the Christmas shopping, and I was like a woman possessed. Once the bags had been deposited back to the car it was time to wander around the Christmas markets. And of course I had my first mulled wine of the season.

Lots of menus as it has been one of those weeks where we have hardly used our kitchen. At the weekend we met up with family and enjoyed a lovely lunch out. Then Monday I went out for dinner with two of my besties, Tuesday was a trip to Frankie and Bennys to celebrate the end of the mocks. And Wednesday hubby and I spent the day in Chester and went for lunch at The Alchemist which was amazing. Note to self, must discover the kitchen again. 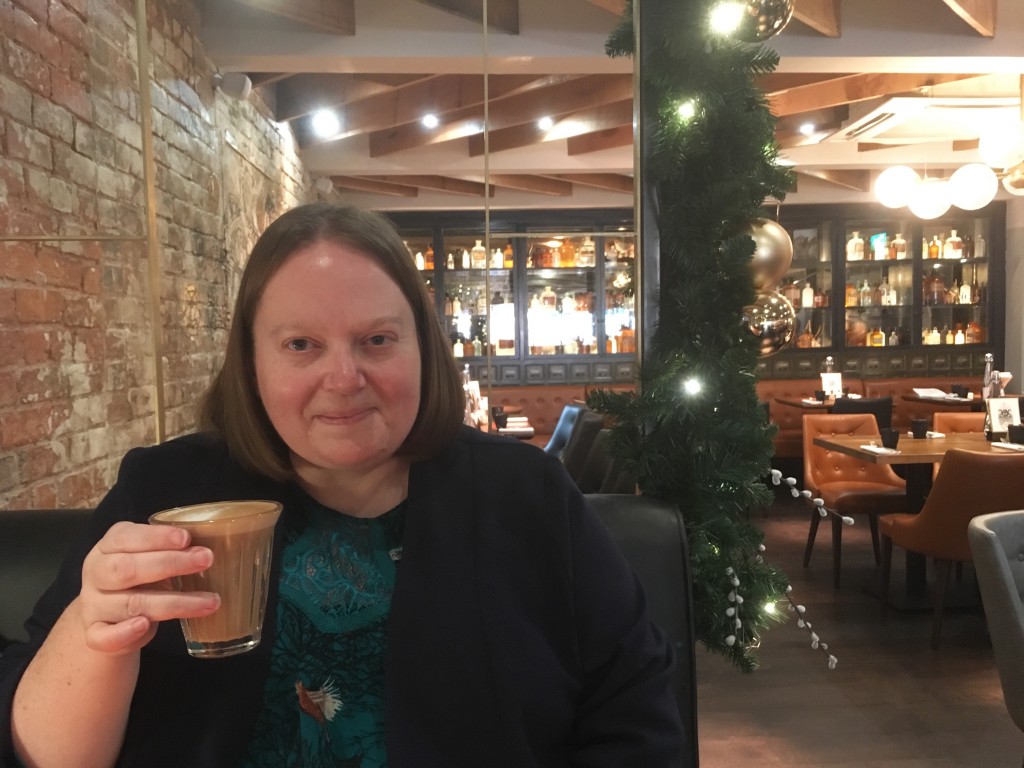 We started watching series three of The Affair as I currently have NOW TV free for the month. I loved  the previous two series, but series three was really disappointing. So disappointing that we stopped watching it after four episodes, which is not like us to stop something half way through. Other than The Affair we have been watching The Apprentice with the kids. It’s one of the few programmes that we all watch together, and I swear my kids could do better than some of the contestants. Oh and we all agree that Elizabeth is comedy gold. 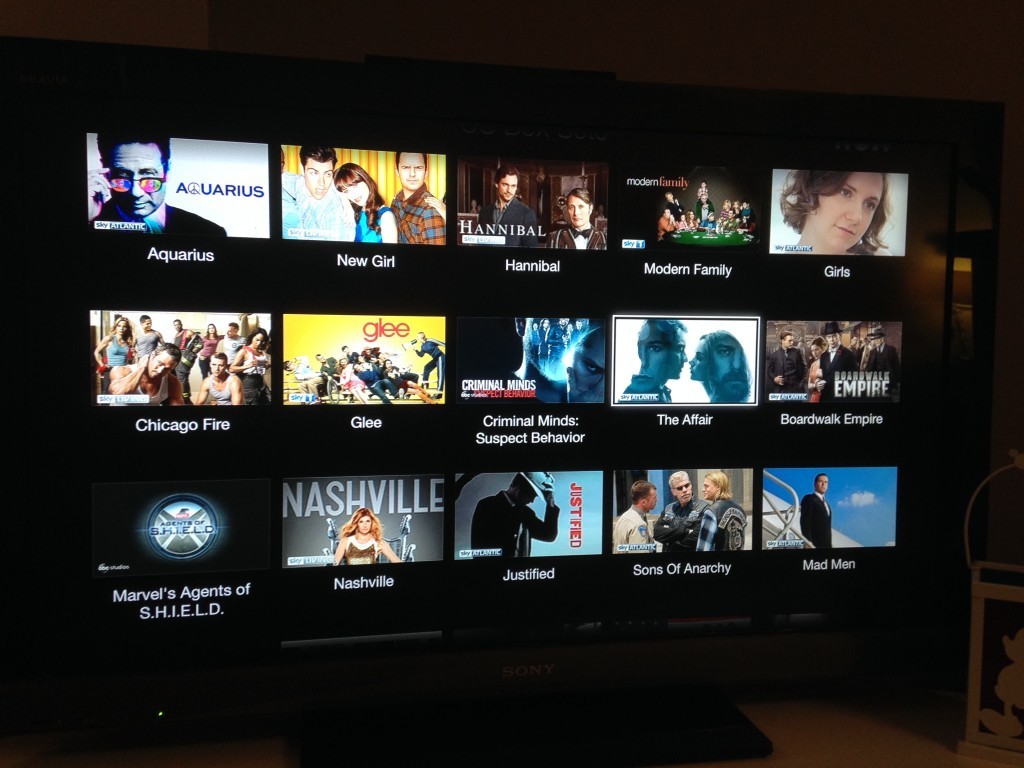 Annie songs. Katie has been singing her heart out ahead of the big school production which is over 3 nights next week. She is so excited to be Drake (The butler), and she has been in school until 6pm most evenings, and she is back in all weekend to rehearse. I am sure I will be a very proud mum when I watch it next week.

I ‘made’ a start on the wrapping. The inlaws are visiting this weekend and will be taking presents back to South Wales, so I needed to be organised. I am one of those weird people who actually enjoy wrapping, and yes that is my ironing board you can see. SO much easier wrapping presents this way, and saves a bad back all over Christmas. 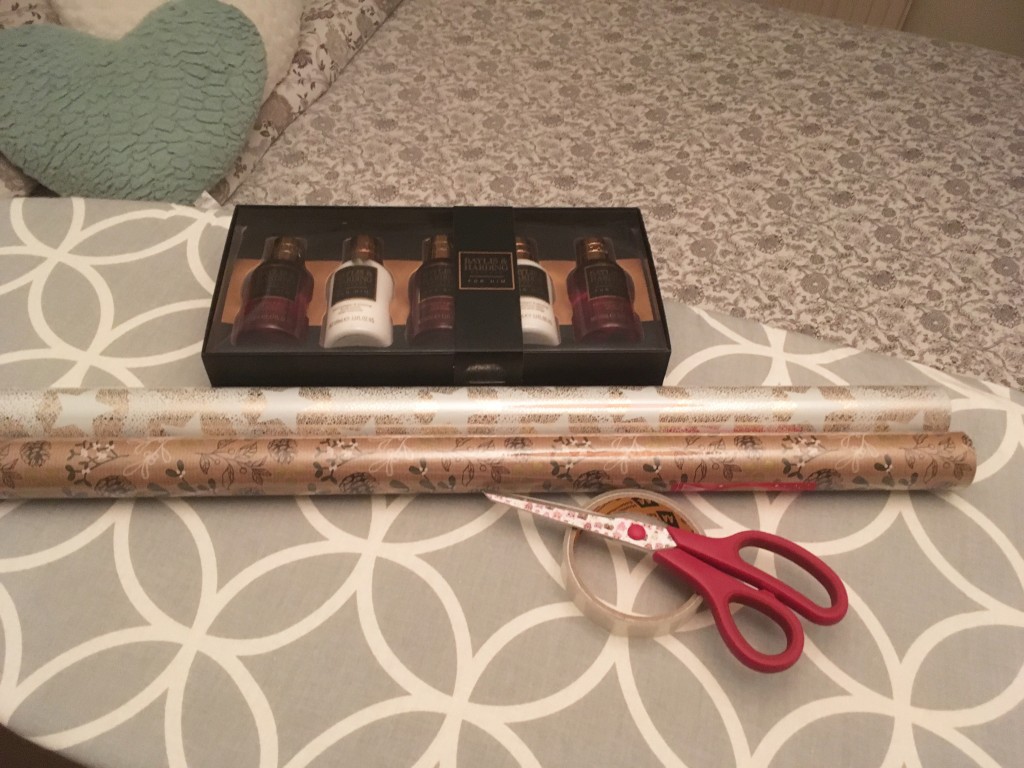 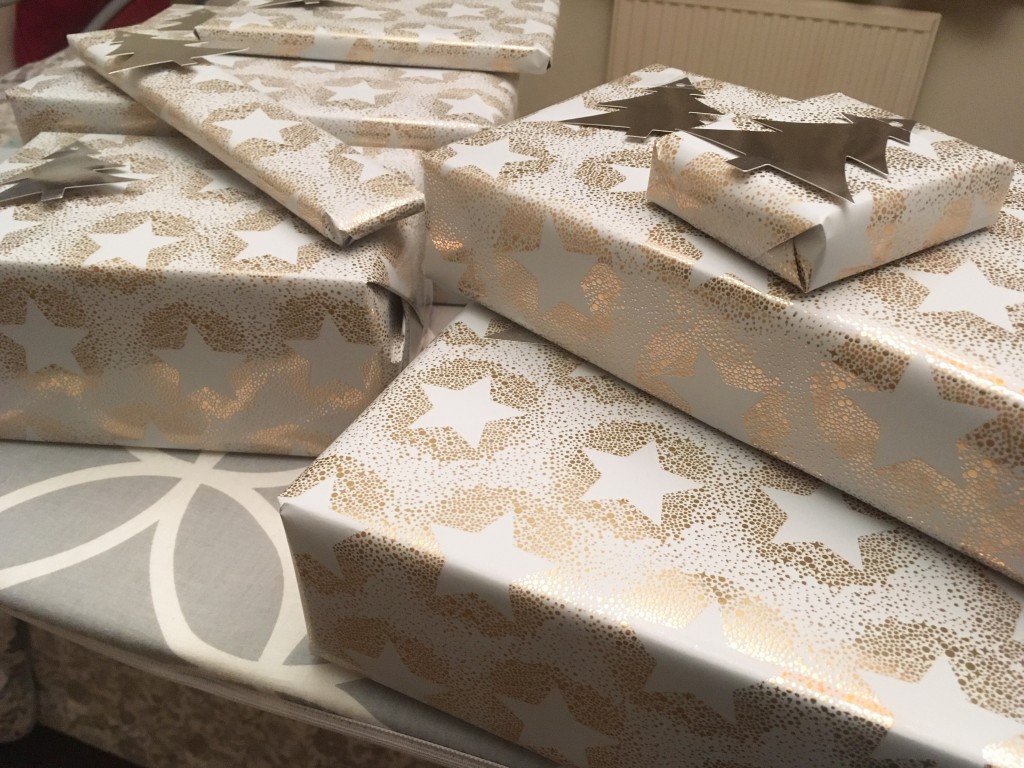 The winter cape is out, much to the amusement of the kids who said I looked like a middle aged batman. I picked it up in Tesco last year, and it had its first outing of the season on Monday when I met friends for dinner.

We have the inlaws visiting this weekend which will hopefully be a fairly chilled weekend. We have a meal planned for Saturday evening (what did I just say about rediscovering my kitchen), and it will be nice to catch up with them. Have a lovely weekend whatever you are up too x