My teenager turns 16 in a few weeks, and I am well aware that over the next few years, raising him will get more and more expensive. Learning to drive, heading off to University, buying a car, getting on the property ladder, I can see the future and it’s not cheap. 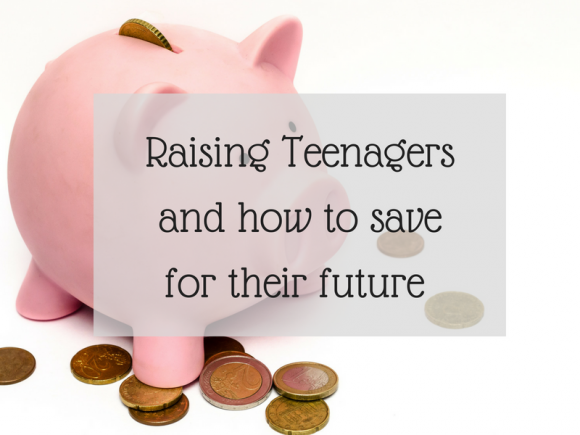 He has already started looking for a little summer job, but many places won’t take him on until he turns 16. Though I suspect when he starts to earn a little money for himself, his first thought won’t be about saving for a deposit for a house, instead opting to buy a book or the latest music. And I can’t blame him, as when you are 16, who wants to be forward thinking about adulthood.

But as we all know, being an adult costs money. The average house price for a first time buyer is a staggering £176,000. A far cry from the £31,000 my first flat cost me back in 1995. Thankfully house prices are cheaper in the North West, but who says he will settle here if he goes to University in another part of the UK. And getting him through University could be a staggering £9000 a year, just in tuition fees.

And in another 12 months, we will be thinking about driving lessons. I remember my very first driving lesson, the day after I turned 17. Six months later I had passed my test, purchased a car, and I no longer had to rely on my parents to ferry me around. But I was working full time in a bank, which meant I got a cheap loan for the car, and I could afford the running costs associated with it. When Morgan turns 17 he will be half way through 6th form, and thankfully his high school offer driving lessons at £10, a drastically reduced rate from the average £24 it costs for one lesson now.

Shepherds Friendly has produced a handy infographic, to show the real cost of raising children and getting them to adulthood. As parents we naturally want to help our children in whatever way we can, and for us we made the decision to open tax free savings accounts for them as soon as they were born. Any birthday and Christmas money they received would be put away, though at 12 and 15 I can’t get away with that now.

When Morgan turns 16, I plan to swop his savings to a Help to Buy ISA, which is an incentive from the Government to help young adults get onto the property ladder. Though there are plenty of other saving options you can go for such as a Junior ISA or a Young Saver Plan.