A week and a half into the school routine and already the summer holidays seem a distant memory. As August is all about the kids, sunshine, holidays and spending far too much money, I decided to hand this post over to them.

My 5 awesome things by Morgan aged 13 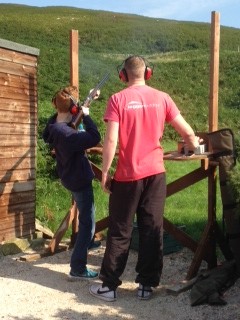 Clay Pigeon Shooting – This was something I had never done before. It was harder than it looked and the best bit was beating my dad.

My birthday – best thing about having your birthday in August is definitely no school.

Scotland – We were in Scotland for my birthday and stayed in a lodge with a Seaview.  Bonus was not having to share a bedroom with my little sister.

David Lloyd – I have been going in the gym with my dad. I have been doing running and cycling which I enjoy doing.

Shadow of the Colossus (PlayStation 2 game) – I have been wanting this game for ages and finally got it during the summer. 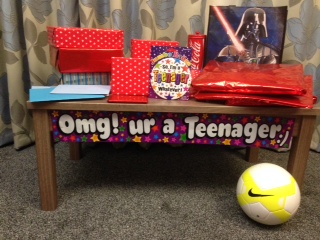 My 5 awesome things by Katie aged 9 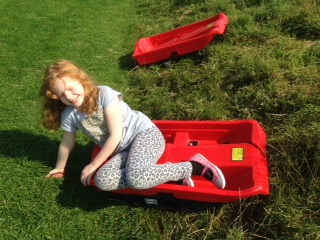 Grass Sledging in Scotland – I loved it and it was so much fun. My dad did it this year too but he went really slow and I went really fast.

Karaoke – I did karaoke in Scotland and I loved it. I sang Ghost by Ella Henderson and everyone cheered when I came of the stage.

My friend coming round – My best friend from school came round and we had lots of fun playing.

David Lloyd Kids Clubs – I went once a week to the clubs and it was so much fun. I did swimming, tennis, sports and craft activities. I drew this minion for my mum. 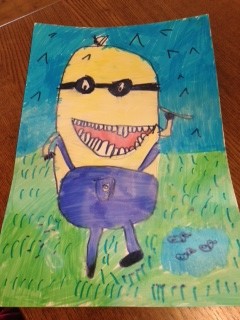 August was awesome as always. I love spending time with the kids, but towards the end I was craving the September routine. Whilst I would like to say September will be a quieter month, we have lots planned. I have a girlie weekend to look forward to, hubby and I are off to see my favourite comedian Chris Ramsey, and I have an unusual night out planned. More about that next month lol.

6 thoughts on “10 reasons why August was awesome”