I have spent the last few weeks glued to the Easyjet app, waiting patiently for their next batch of flights to be released. Upon returning from Majorca back in April, I was looking at flights for April 2016. I was in shock that the flights were only £300 for all of us to fly with Monarch. The only sticking point was, we would fly back on the day the kids returned back to school. After umming and ahhing I went back on to view the flights and nearly fainted when the price was over £900. I could have cried sat at the laptop that day. You see that’s my downfall. I see something that’s really good value, and by the time I have ‘faffed’ around the good deal has gone. 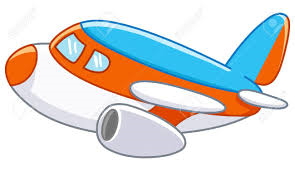 Fast forward a few months and a stunning new hotel kept appearing on my social media. A group of bloggers had been very lucky to go on a press trip, to visit the Ikos Olivia hotel in Greece before it opened. I am a sucker for luxury hotels, and this stunning new place looked out of this world. It went to the top of my holiday wish list, and I started my research into flights. The nearest airport is Thessaloniki, which unfortunately Monarch do not fly too. But Easyjet did, and their website told me that April flights would be out early September.

So after being glued to the app since the end of August, and by glued I mean checking about a billion times a day, the flights were out. This was on Thursday, which was the 10th September. Is that really classed as early September ? Anyway, the laptop was flung open, dates were input and the flights were booked. There was NO faffing around by me. I knew there would be no time to call the husband and discuss prices, so we had set a budget a few weeks before (£600 for us all if you are interested).

I know that airlines have batches of seats of varying prices, and my friend had told me you had to snap the Easyjet flights up as soon as they are released. So what did we pay ?

£325 for the 4 of us return for next April, which is during the Easter holidays.

That evening the flights were already at £400. I have looked this afternoon, and they have gone up again to £466. A huge jump of £141. So my ‘no faffing’ approach worked. I was certainly not going to make the same mistake as I did with the Monarch flights. All I need to do now is stop faffing around, and decide which accommodation we are going to stay in at the Ikos Olivia.

14 thoughts on “The highs and lows of booking flights”