How to complain on Social Media

A few weeks ago several things rattled me, and I felt compelled to let my trusty twitter followers know my rants. First off Nando’s. Now you may remember I blogged about Nando’s and how I don’t really get the whole love fest that people have with the restaurant. Now whilst I was in there I slipped and fell.

Yep pretty embarrassing eh! And I couldn’t even blame it on drinking a few glasses of wine. But I could blame it on the water that was on the floor, after the staff had been plunging the sink. Anyway that night I just wanted to get home and nurse my sore knee in peace. 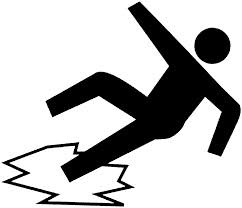 Slipping over in Nando’s

A few days later I tweeted about my fall, and Nando’s came back to me with a link where I could contact them, and they could investigate it. I completed the online form, and they emailed me straight back and said this would be investigated, and they would contact me again within 10 days. A few days later I was really surprised to receive a letter of apology, saying they watched the CCTV of my fall (OH THE SHAME).

They also enclosed a ‘Chicken Cheque’ which was a Nando’s gift voucher for a full chicken platter and a bottle of wine! I was really impressed with their customer service from Nando’s. When I tweeted, I didn’t even think they would contact me, so well done Nando’s. I am looking forward to going back, and hopefully not falling on my arse this time.

The second thing that rattled me was TK Maxx. To cut a long story short, my daughter’s shoes were coming apart after a week. TK Maxx said it was wear and tear, and they refused to refund me! After having a stand-off in TK Maxx (yes I can be a stubborn so and so sometimes) they eventually agreed to a gift card. Knowing it would be a gift card or nothing I accepted it through gritted teeth.

Another tweet later and TK Maxx came back to me asking them to email them. Email sent and I swear it was no more than 5 minutes later a response was received back. Apologising and offering for the refund to go back onto my card (take that store assistant!) and saying I was more than welcome to keep the gift card I had been given. Which was lucky as I had already purchased some fluffy new bath towels (boring I know). So second victory of the week.

One less ball from Aunt Bessie

My third rant came in the form of balls. NO not those balls! But stuffing balls. I was promised 12 balls, and only 11 balls rolled out of the packaging. Humph, well we all know the disappointment one less ball can cause, so I headed off to twitter and found Aunt Bessies. Aunt Bessie kindly came back to me, and a few days later I had some vouchers in the post by way of an apology. Perfect, and all was good in the world again.

We as a country are probably not very good at complaining when we get poor service or goods, but I think we are getting better. How to complain on social media is getting easier now. Gone are the days when you had to send a long winded letter and wait an age for a reply. I hate it when I see companies on twitter retweeting all the praise, but when somebody complains it gets ignored. So well done to Nando’s, TK Maxx and Aunt Bessies for responding to my tweets. You certainly turned poor service or a product into a good service, and this is how it should always be with a complaint.

Do you complain and which company has impressed you with the way they handled your complaint?

2 thoughts on “It pays to complain”